The Colorado Gold Rush From 1807

Gold deposits have been found throughout the state of Colorado. The first discovery happened in the present-day Park County in 1807. It was Zebulon Pike who reported (or 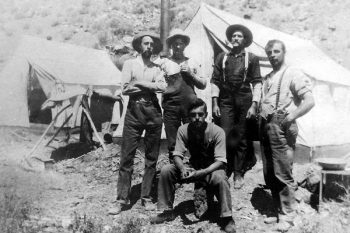 heard a report) about gold finding in that area, but it did not set off the gold rush in the state. The real Colorado Gold Rush began more than five decades later, specifically in 1858 when rich deposits of gold in Pike’s Peak were discovered. Gold mining has been part of Colorado since then. Records of major gold production in Colorado from many different areas are as follows: 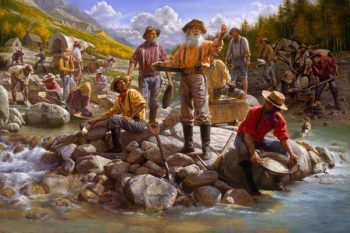 There is only one active gold mine in Colorado today, the Cripple Creek & Victor Gold Mine located near the Colorado Springs. It is owned by Newmont Mining Corporations and it produced 211,000 troy ounces of gold in 2014. The mine produced 350,000 troy ounces (about 11,000 kg) of gold last year. Based on the aforementioned statistics, Colorado Gold Rush is actually still happening at present time. It was not just a brief period of the state’s history, but is a part of Colorado lifestyle until now.

For modern day gold prospectors, the search for gold in old abandoned gold mines or places where historical findings happened can be more fruitful than starting a whole new exploration. Much of the low-grade gold requires extra treatment and is only financially viable by large companies.

You probably were not there when the Colorado Gold Rush was at its peak, but some believe that the state has more gold than it has actually given to prospectors. For those who love hiking and outdoor adventures, Colorado offers just the ideal topography characteristics; it has rugged terrains filled with rivers, streams, and hillsides to test your endurance and determination to find some pieces of precious golden metals. Even if you don’t find the gold, at least you get the chance to explore the rarely-visited areas and enjoy the nature.