The Arizona Gold Rush From 1774 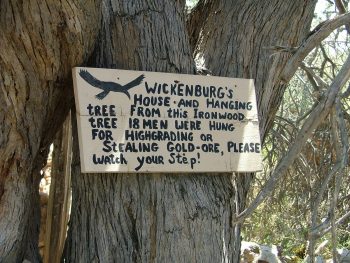 The Arizona Gold Rush: The first gold mining in Arizona took place in 1774. It was the time when Manuel Lopez (a Spanish priest) directed Papago Indians to wash gold from gravel on the flanks of Quijotoa Mountains. Afterwards the Arizona Gold Rush continued until 1849 when Mexican miners were lured away by the California Gold Rush.

To date, Arizona has produced more than 498 tons (16 million troy ounces) of gold. Stand-alone active gold mining infrastructures are no longer active now; most gold found today are simply byproduct of copper mining. In fact, the last gold mine to operate in the state was shut down in 1998. However, some prospectors still see Arizona as potentially rich grounds until today.

For prospectors, Arizona’s mild winter climate and arid environment make an ideal atmosphere for gold mining. While water is not always easily available, they can always use different kinds of equipment to work around such condition. Rather than using the more traditional water-dependent equipment to separate gold nuggets from gravels, miners use dry-washers. Regulated airflow can blow off lighter materials and allow the gold to settle. Metal detectors are helpful as well.

Unlike in Nevada, the modern day Arizona Gold Rush is practically non-existent. Prospecting is getting more difficult as many of the mining locations have already been claimed. There is still probably a lot of gold in Arizona, but there are many people looking for it; when demand surpasses supply, scarcity happens even with a large volume of stock. Apart from gold, Arizona is home to plenty of different precious gems such as: 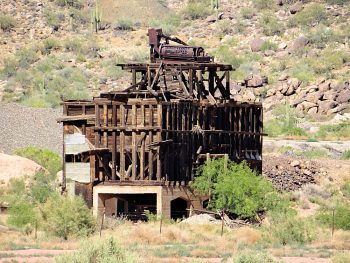 There is no more Arizona Gold Rush, but you can still feel the same experience as those who actually did play a part in the historical days of the gold mining industry of the state by engaging in recreational gold panning. Gold prospecting is possible indeed, but you need to do proper research to avoid lurking at someone else’s gold claim. There are at least two places where you can enjoy an outdoor adventure and learn how it was like to look for fortunes during the gold rush: