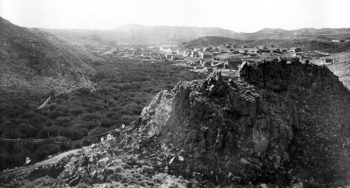 Gold does not have a strong association with Wyoming. As a matter of fact, most people will think about cattle or oil when they are talking about the state. Compared to its neighboring states, Wyoming gets very little attention as far as gold mining is concerned. Population density is also lower than any other state, so it makes sense that gold exploration is not too popular here. Despite all of that, a good amount of gold has been recovered although not as much as from other states. Wyoming gold mines have never had their best season yet due to the nature of the state’s long and unfriendly winters.

In the present-day Fremont County, more precisely at the South Pass-Atlantic City, gold was discovered in 1842. For about 15 years, placers in the area were explored albeit intermittently. Many towns surrounding the areas transformed to cater to the miners.  By 1860’s, the state saw an increase in prospecting efforts. Many Wyoming gold mines were soon established including:

Wyoming is a relatively remote state in the country, so perhaps you need extra preparations and gear to do your gold prospecting activities. Be sure to buy a good Wyoming gold map to avoid claim jumping. A wide area of public lands are open for mineral exploration, which means you don’t need special permits to start your venture. The lack of commercial gold mining activity can be a good thing, but there is also the possibility that you don’t have any clue where to start. Best places are those areas with historical discoveries before you explore further.